getting to the sweet truth

Never let it be said that we avoid the issues of the day here at Monkey Queen Books. We’re about to rip the lid off a controversial issue – after the cut!

So a co-worker at my day job went to Japan for a vacation, and returned with snacks for the folks at my office. One of them was a bag of snack-size chocolate bars that said “Kit Kat”…but the bag was green. Green! These are not the Kit Kats we knew! I had to get to the bottom of this! 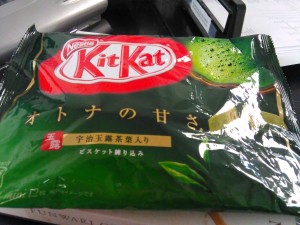 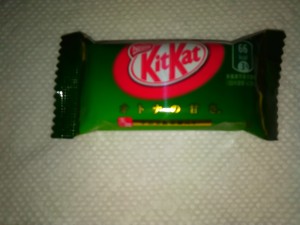 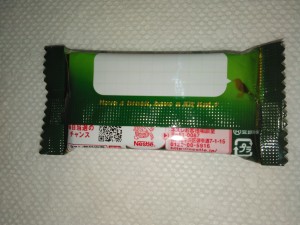 The English text, since the flash obscured it: “Have a break, have a Kit Kat.” Works for me. The white space above it is apparently where you can write a message to a special someone, who will hopefully not be so hungry that they rip the wrapper apart and eat the candy without reading your note. I thought I’d write a special message here, something that would to apply to everyone in this crazy, crazy world: 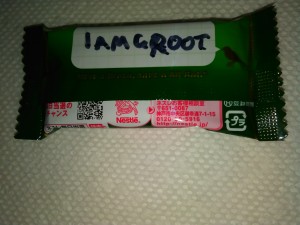 But enough of that. What lurks inside this innocuous wrapper? 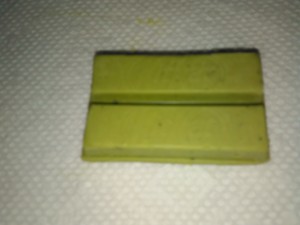 Looks like a regular Kit Kat snack-size bar…except it’s green. Let’s hope that’s how it’s supposed to look, because I’m about to take the ultimate step, the big move. Will I survive EATING A GREEN TEA KIT KAT?!?

Well, duh. And the verdict is…where’s the green tea? I think I can taste it, but apparently the coating is mostly white chocolate, and that taste overwhelmed everything else for me, even the wafer. I’m a bit disappointed by this, but it’s possible the flavor was adversely affected by storage conditions (i.e., left on a bookshelf in a warm room for several days). I wouldn’t mind trying another one if the occasion arose, though I might refrigerate it first.

Still, even with this disappointing conclusion we can end this with a message of hope, and that message is: 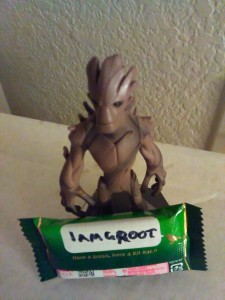 Tagged as Green Tea Kit Kats, I am Groot