Let’s start this Sunday catchup with a reminder: Michiko and Beth could use your help! If you like the Monkey Queen books, spread the word. Like our Facebook page, tweet about the books, mention us on Pinterest or Instagram or Google+. Leave a review on your blog or Goodreads or Amazon. I’m hoping for big things for the Monkey Queen in 2016, but they can be even bigger if you pitch in!

More, including a peek at some upcoming blog posts, after the cut!

If you haven’t read Redblade yet, you may want to. Coming up later this week will be the latest Behind The Scenes post, focusing on the fifth Monkey Queen novel! Find out the secrets behind Abby and many of the other new characters, and much more!

Hey, there’s a new season of Face Off! Already. Just seems like yesterday that Nora won the last season (and I was quite happy; she worked her butt off and deserved it). I haven’t picked my favorites for the new season yet – it’s tricky to do so after just one episode – but I like Jennifer and Njoroge so far.

(And next week…it’s a challenge being judged by Paul Reubens. Yep, Pee Wee Herman. This could be weird…but fun.)

And finally, a peek at what some writers do in their down time. I apologize to anyone who’s hungry or on a diet. 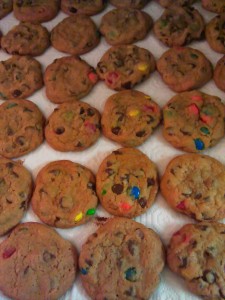