love is the opening door, love is what we blogged here for

Speaking of reminders, The Doubleclicks have a livestreamed show coming up later today on their YouTube channel! It’ll be their five year anniversary show, so they’re promising all sorts of nifty treats, including a new song and a peek at the musical “President Snakes”! It’s at 3:00 PM Pacific / 6:00 PM Eastern / 11:00 PM GMT (England etc) / 12:00 AM CET (France, Germany etc). Be warned: A certain writerly type with a nice hat and a fondness for penguins will be in the YouTube chat…

This past Thursday was “Women In STEM” Day, “STEM” standing for “Science, Technology, Engineering and Mathematics”. This Buzzfeed article made me sad to see how many women in the past saw their contributions to science (and the like) overlooked, downplayed or credited to men because of their gender. I hope those days are gone for good. If you’re a woman and you science, you rock! Thank you for all you do! If you know a woman or a girl who sciences, or wants to science, give them all the support you can, because they rock too.

And here’s the fan art I promised, courtesy of the mysterious “Arshness Dreaming”. For those who celebrate it, Happy Valentine’s Day! And for those who aren’t this year and wish they could…I hope that your 2017 Valentine’s is the best ever. 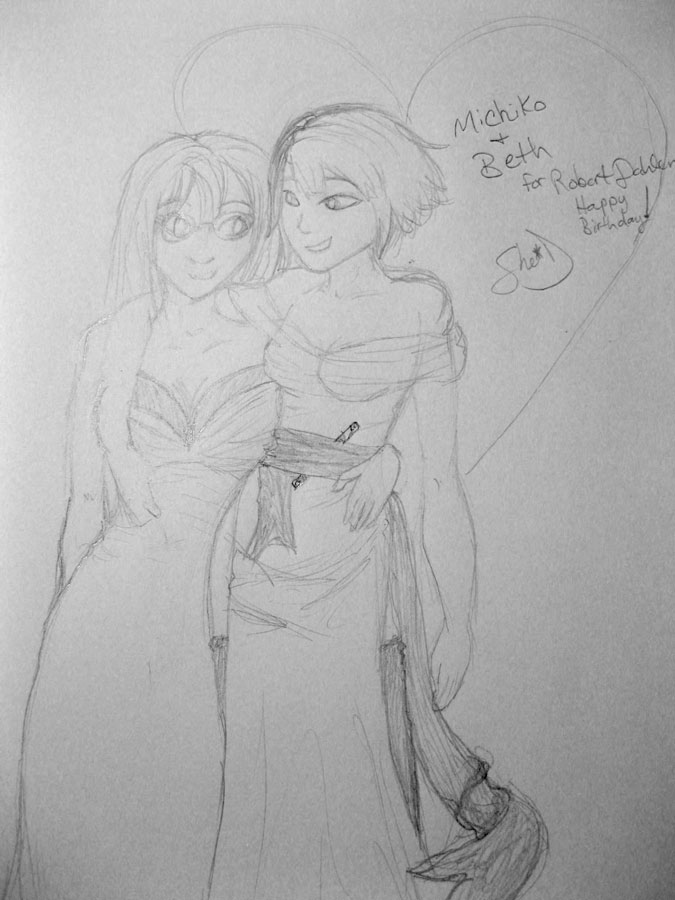