Sunday catchup! Sorry for the lack of posts this week; life gets in the way sometimes. Normal service should resume this week. After the cut…nerd music stuff, including a concert review! (Warning: Lots of photos, links and videos ahead.)

So last Sunday, I headed over to Illusive Comics, a store in Santa Clara. It’s a really nice store, and if you’re in or near Silicon Valley, you really should drop by. Good comic selection, lots of board and card games, and Funko Pops like you wouldn’t believe. 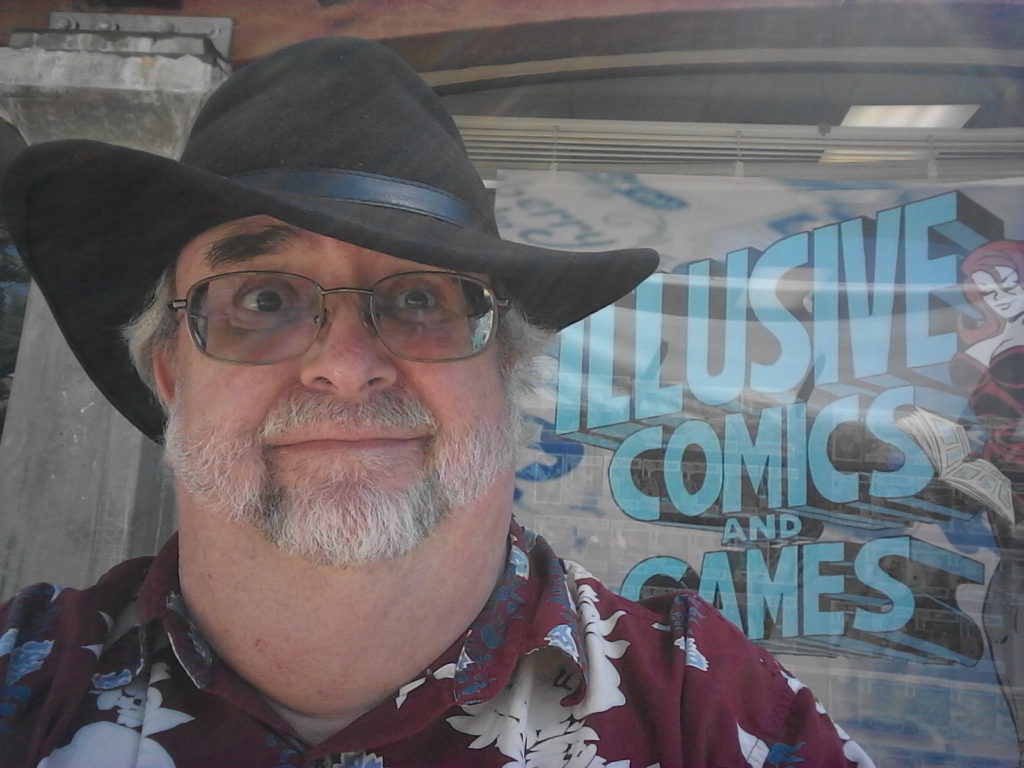 And lots of room for concerts! First on the bill was Lucia Fasano!

Lucia just released her first album, Radio Silence, through a Kickstarter campaign. I was glad to take part in it. She’s new to music, but she’s been podcasting and doing stand-up for some time. I discovered her when she sang two of her songs during a Doubleclicks Live online show; by the time she was done, half the people in the chat (including me) were ready to preorder her album. 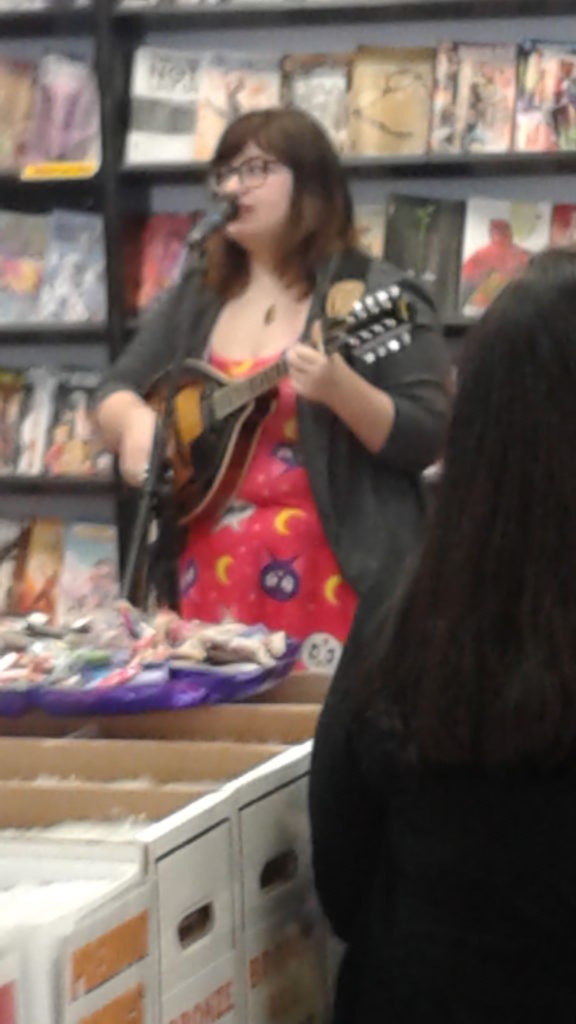 Radio Silence is not quite what I expected after I fell for Lucia’s debut single, “Nerd Boy” (I shared the video a while back), but it’s still quite good. Lucia knows how to write a song, and her voice is quite striking. It’s great for Sunday morning listening or for a break between louder or poppier songs.

And her show was good; you’d never have known it was her first musical concert. I hope she comes by the Bay Area again to play sometime; I’d like to see how she does with some touring under her belt. And she closed the concert with “Nerd Boy”, with the Doubleclicks doing backup, and I think she won the rest of the crowd over. 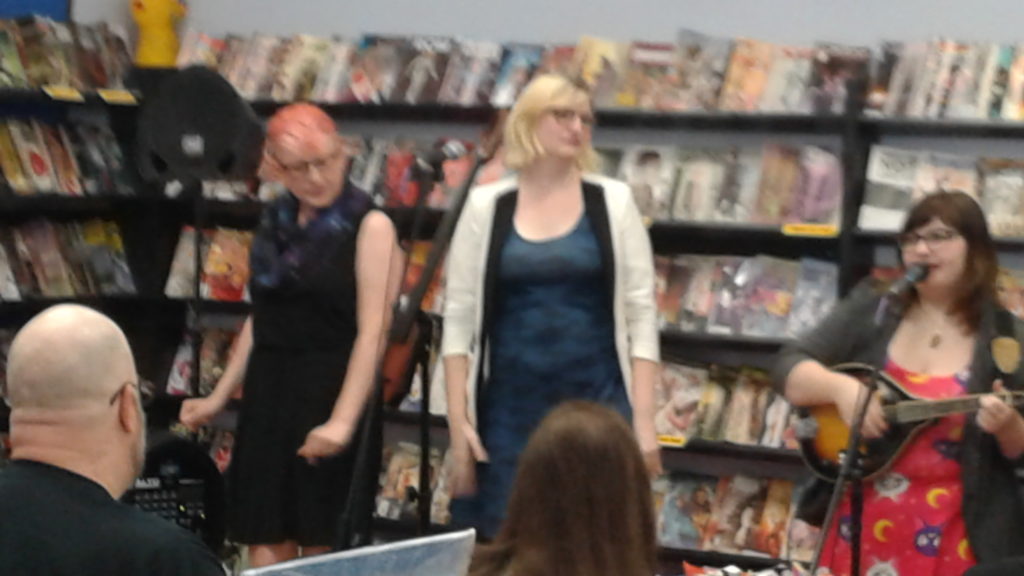 The Doubleclicks were up next. As much as I like their albums, and their online shows, their live concerts are something else, and may be the best way to experience them. They joked a bit with the audience, they had fun with the kids in the front row. There were two songs about dinosaurs, and one about a creature that gets classified as a dinosaur by mistake. 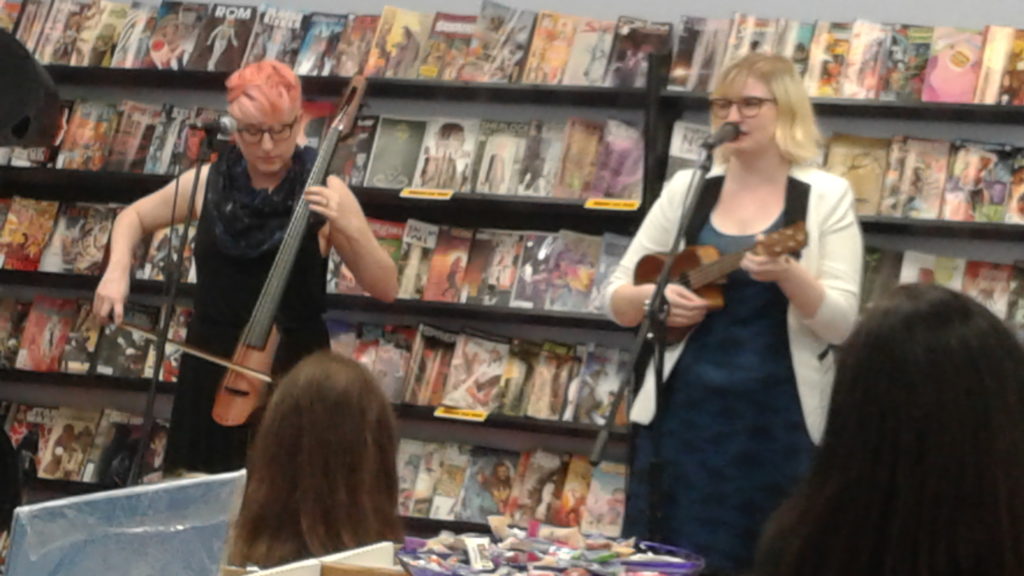 They did a Mad Libs style song, getting input from the fans; I was a bit freaked out when my suggestion of “throw” wound up in the song as “We like to throw dogs”. But it’s hard to complain when an earlier line was “We like to defenestrate the Doubleclicks”.

And Aubrey wore the banana costume. Why? Because she’s a banana. 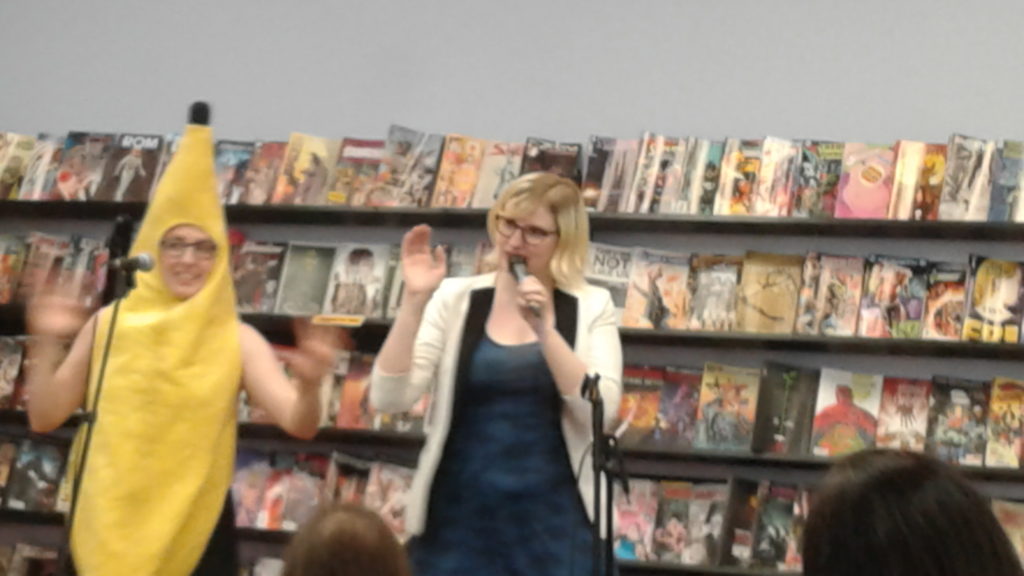 It was a great time, and I’m so glad I went. My thanks to Angela, Aubrey, Lucia, and the staff at Illusive. (And I did stock up on some swag there.)

Here are some musical links to whet your appetite. This is the title track to Lucia’s Radio Silence.

Here’s the Doubleclicks performing at PAX East earlier this year. It’s not quite as intimate as their small-space shows, but it’s still a good performance.

And I’ve been neglecting mentioning other great geek music. The PDX Broadsides‘ new album, Something Rotten, is also quite good. Here’s the serious track from the album, “Astronaut’s Hymn”. It’s tricky to embed, so click here to hear it on Bandcamp. You way want to have tissues nearby.

Finally, on a lighter note, Meri Amber just released this new video for an old song, “The Sum Of Us”. Commence stroking beards.