The fifth Monkey Queen book, Redblade, is now available to buy at Amazon.com! Check back later for links to all the other Amazon stores worldwide! (I’m working on the paperback edition, and I’ll post here as soon as it’s available.) It’s been a longer wait than anyone expected, especially me, but it’s over! I hope you enjoy it, and I’m looking forward to hearing what you think! 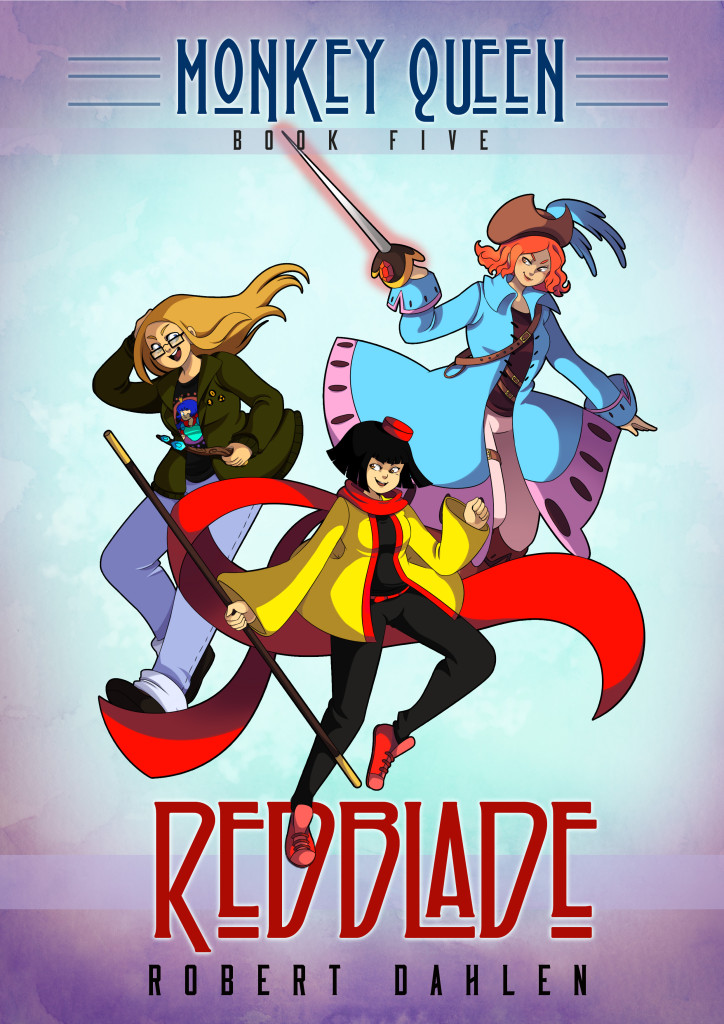 “I want to be a hero. Like the Monkey Queen.”

Michiko Koyama, the hero known as the Monkey Queen, and her partner in adventure Beth McGill are happily adjusting to finally being more than friends. But Beth has made a new friend, student and fellow geek girl Abigail Main-Drake, and Michiko is trying very hard not to be jealous.

Meanwhile, a rise in assaults by ogres is putting Emigre communities in danger. A hero has risen to help defend them, the swashbuckling sorceress who calls herself Redblade. Michiko is thrilled to have a new ally, but Beth is feeling left out, unneeded.

But what Michiko and Beth don’t know is that Abby is Redblade. And that secret, and the magic sword Abby carries, could spell doom for the Monkey Queen.

Join the adventure with Michiko and Beth in this fifth book in the Monkey Queen series, written with new readers in mind! Fantasy with heroines, humor and heart!