Speaking of Twitter, there’s an interesting story…after the cut.

This all goes back to when Good Omens was released in the U.S. Good Omens, for those who don’t know, is a mostly-humorous novel about the coming of the Antichrist, co-written by Neil Gaiman and Sir Terry Pratchett. Good book.

Neil and Terry did a signing tour when the book was released, and I went to see them at Dark Carnival, a sci-fi/fantasy bookstore in Berkeley. They were autographing like crazy, and I got two things signed by Neil, three signed by Terry, and a copy of Good Omens signed by both. 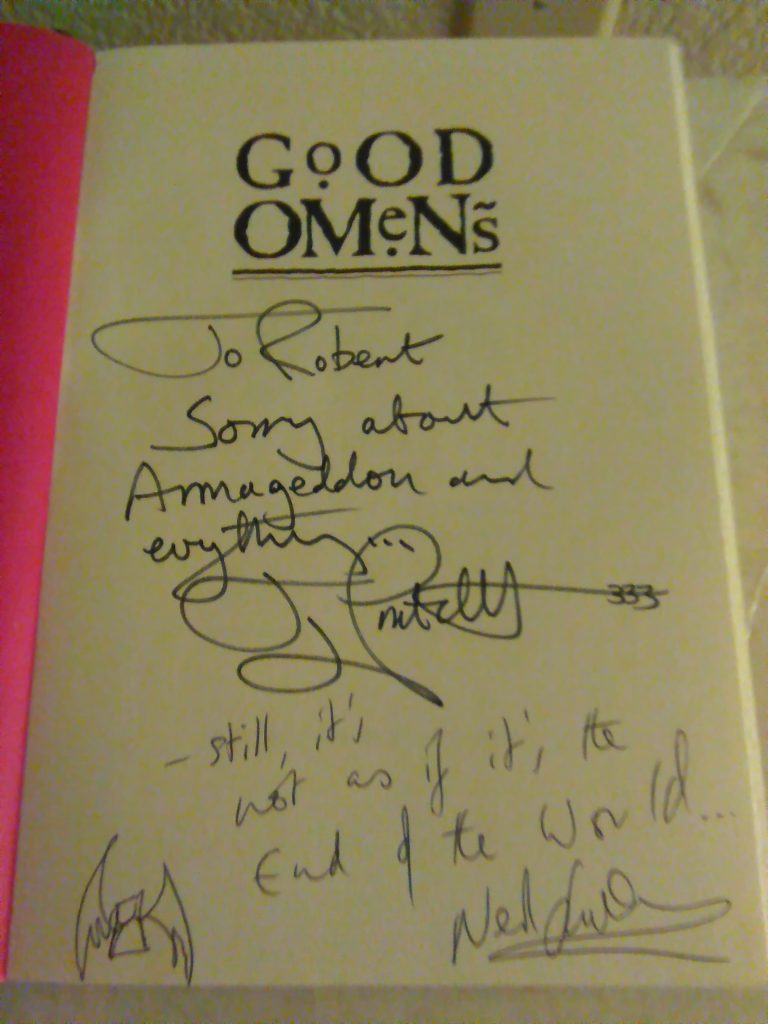 Flash forward to Friday, when on my Twitter feed, I start seeing some of the many signatures that had been done for other people’s copies of Good Omens. I took the photo above when I got home from work, posted it to Twitter with some tags, and went to bed.

Now I don’t have a major Twitter presence; most of my tweets are replies and retweets. I have around 50 followers, and the most likes I’d ever had for one of my tweets was around 20.

But I’d never been retweeted by Neil Gaiman before.

By the time I woke up, my tweet had over 200 likes and 30 retweets; as I write this, it’s hit 343 likes and 48 more retweets, including one by actress Jewel Shepard. I can see why people get so excited when someone with the kind of following Neil Gaiman has retweets them; it’s an amazing experience.

It hasn’t translated to new followers, new sales, or anything like that. But it’s nice to know that something I did made over 300 people smile, especially considering the horrible events of the last few days. It’s a good feeling. And it’s nice to be reminded that I got to speak briefly with Sir Terry, and thank him for his writing; he’s no longer with us, but that moment will always be with me. (Not to slight Neil Gaiman…but I still hope to meet him again someday.)

Quickly: I forgot to share this earlier, but here’s a look at what might have been with Disney Infinity. There would have been a Doctor Strange figure to tie in to the movie, and it looks amazing. (And there were also plans for Peter Pan and Jafar. Dagnabbit.) 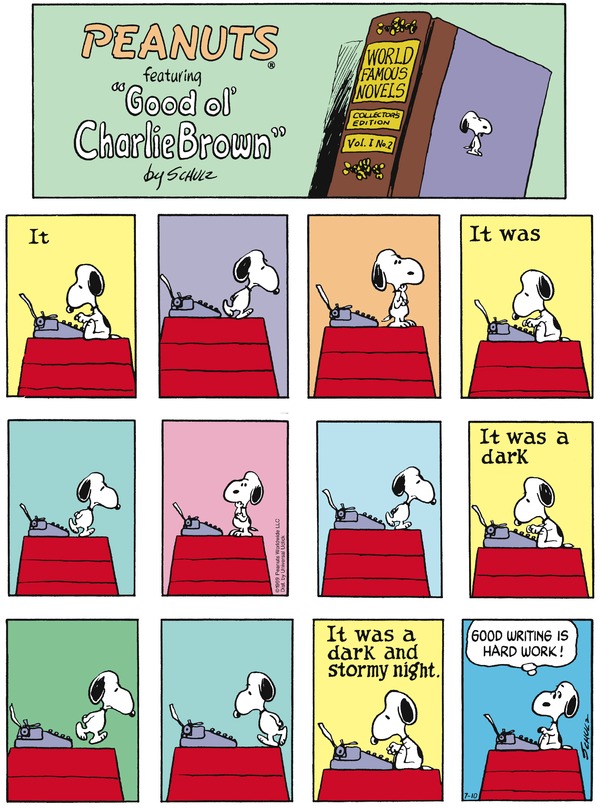