Welcome to a new feature here: Francophone Fridays! Every week, I’ll feature artwork by one of many French (and French-speaking) artists I follow, on Facebook and elsewhere. I’m astonished by how much talent is coming from that part of the world, and I’m looking forward to sharing it with everyone.

After the cut: Suddenly, a savage French comic artist appears!

It occurs to me that I didn’t give Enalizarine much of an introduction when I shared some art by her a few weeks back. She comes from northeastern France, has been drawing for years, and has been building a following on Facebook while developing her style. Unlike many of the artists I’ve been following, she focuses heavily on her original characters and settings, with the occasional self-portrait or drawing of her friends. I really like her line work and use of color.

This recent self-portrait is a nice example of her style. There’s a story behind it as well: Enalizarine had been growing her hair out for years (about halfway down her back in a photo I’ve seen of her). She decided to get it cut, as it was getting unwieldy and uncomfortable in the summer heat. (Apparently, her friends and family formed “teams” based on whether they thought she should cut it or leave it long!) Instead of throwing the cut hair away, though, she’s held on to it and plans to donate it to a group that makes wigs for cancer patients undergoing chemotherapy. Many years ago, I also had very long hair, but I decided to have it cut off when I auditioned for Jeopardy some years back. I didn’t get on the show, but the place where I had the haircut done donated my hair to a similar charity here in the States, so it was worth it. I was impressed by Enalizarine’s story, and I thank her for letting me share it. 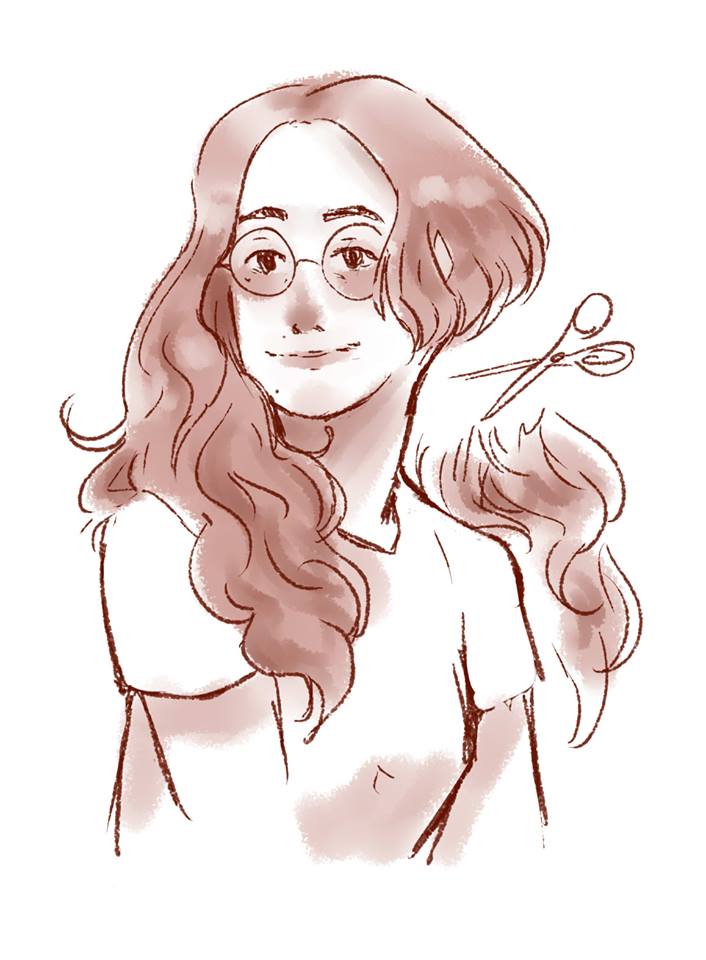 And here’s some bonus art – a self portrait of the artist with much less hair! 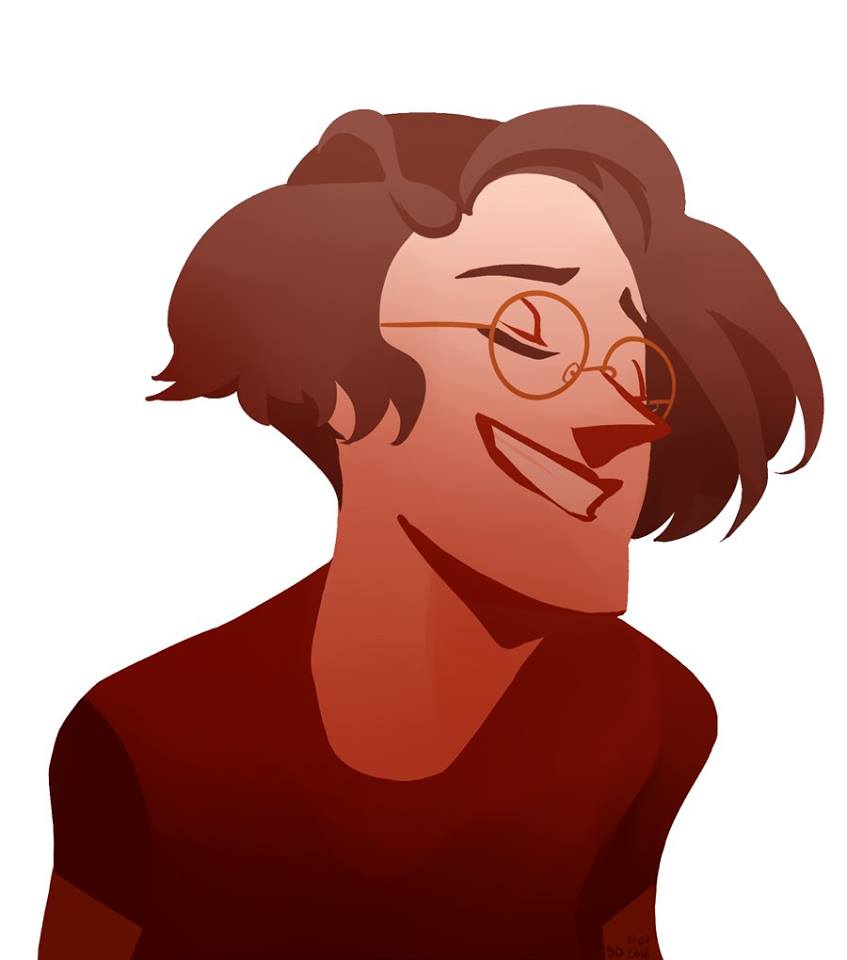 Art © 2016 Enalizarine. Your best bet for keeping up with her current art and works in progress is on her Facebook page, though be warned that some writer guy has been popping up in her comments lately. Her Tumblr site has a nice selection of her more recent work, and her DeviantArt page focuses on her older art.