all the young girls blogged Alice

Starting this Sunday catchup with a reminder: Comments and feedback are always welcome! Jump in here on the blog, chat with me on Facebook, tweet at me on Twitter! I like hearing from people, and I don’t bite, so talk to me!

More after the cut, including a look at Harry Potter And The Cursed Child. Warning: Spoilers!

First, it’s time for another big ebook promo. There are over 130 books available in this one…all for free. Yes, free! Head here to stock up and enjoy, but don’t hesitate – the promo ends today! 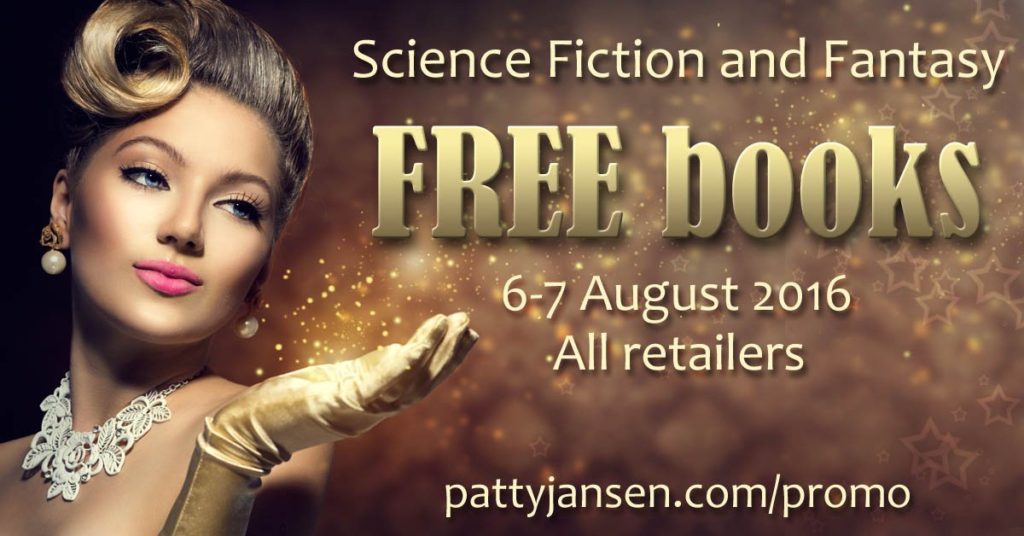 So. The new Harry Potter book…it’s shorter than the last new novels for sure. It’s also more direct; what takes five hours on stage is shorter than that on paper. And it reads like a Harry Potter story, with lots of magic, surprising twists (though I figured out the main one two pages before the heroes did), and dialogue that is only occasionally awkward and, in spots, laugh-out-loud funny.

I was a bit disappointed that, most of the time, Harry was not the protagonist here; until almost the end, he was more reacting than acting. And when he did act, he did some really dumb things. But he comes through in the end, in more ways than one. Ron is Ron, Hermione is almost too smart, and Ginny gets a better deal than the movies gave her. Albus is properly angsty, but I liked Scorpius more. He had lots of good humor and just the right touches of snark, self-deprecation and common sense, somehow overcoming his background and not just doing the right thing, but getting his father Draco to do so as well. And when we see Snape again,knowing his true story…whoa.

The biggest problem I have? Now I want to see the freaking play, and I’d have to give an arm and a leg for tickets, plus a kidney for air fare. Ah well, maybe there’ll be a movie someday…

And finally: I really have no interest in DC’s movie universe, and I’ve never gotten into their live action TV shows. But I did enjoy the Justice League animated series from many years ago, and I was surprised and happy to learn that there’s a new series in the same vein coming later this year. Take a peek: