from the end of the world to your blog

The Sunday catchup returns, with this announcement: The sixth Monkey Queen book, The Crown Of Kylthena, will be published this coming Tuesday, October 11!

“Whatever it takes to rescue Beth, I’ll do it.”

The Crown of Kylthena is a legendary relic from the Lost Lands of Earth. The stories say it brings great power to its wearer. Michiko Koyama, the hero known as the Monkey Queen, is sent to retrieve the crown along with her girlfriend and partner in adventure Beth McGill, only to find that it’s been stolen. They’ll have to hop from world to world and team up with the enigmatic wizard Alasdair Sterling to get it back…but can he be trusted?

And even if they find the crown, the secrets it holds could tear Beth away from Michiko…or lead to their doom.

Come back Tuesday for buying links, and click here in case you missed Friday’s preview of the first two chapters of Michiko and Beth’s newest adventure! More after the cut!

Another announcement: The paperback version of The Crown Of Kylthena will be not be published or available right away. There will be one at some point; check back later for more details, and feel free to contact me with any questions or concerns about this.

The Doubleclicks have just released a brand new song, their first original tune of 2016! It’s called “Lord Of The Rings”…but it’s not nerdy. There’s a lot of pain and anger, and in the end, some hope. It’s really good.

Also, they have a livestream show coming this Saturday, 3 PM Pacific / 6 PM Eastern / midnight Sunday CET! You can find out more on their Facebook page, and you can watch their past live shows on YouTube.

Meanwhile, Meri Amber has been cranking out videos at an amazing rate. You should hit her YouTube page; there’s just too many to share! But I wanted to show you this one, if only for the amazing hat Meri’s wearing. (Willow approves, BTW.)

And to close, here’s another look at Willow’s cover for The Crown Of Kylthena! See you on Tuesday! 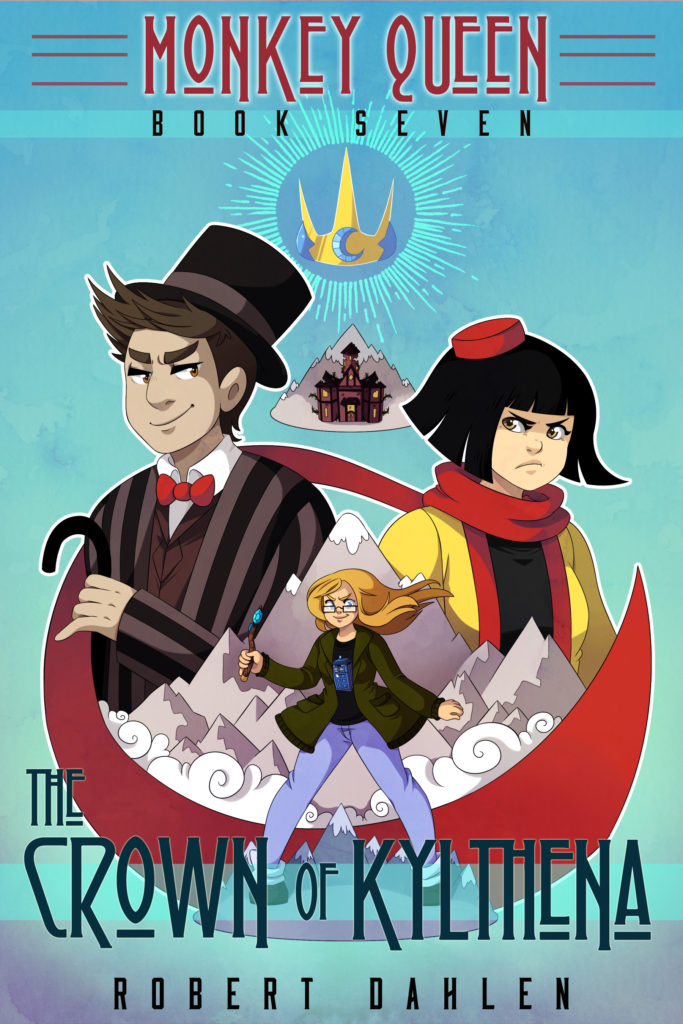 Tagged as announcement, Meri Amber, The Crown Of Kylthena, The Doubleclicks, Willow