So Amazon tried to screw me on three of the last Disney Infinity figures I’d wanted – they offered them at a lower price for Prime members and then never shipped them. I’m not sure what they gained from doing that, as I ended up cancelling the order. I got these from Toys R Us on eBay; if you’re looking for some recent figures or good deals, you may want to do the same. 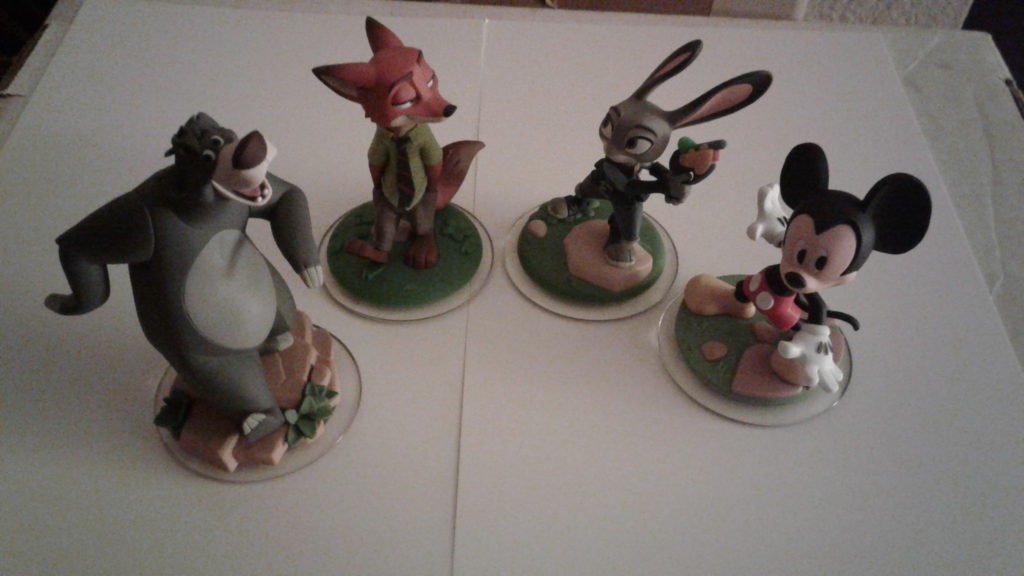 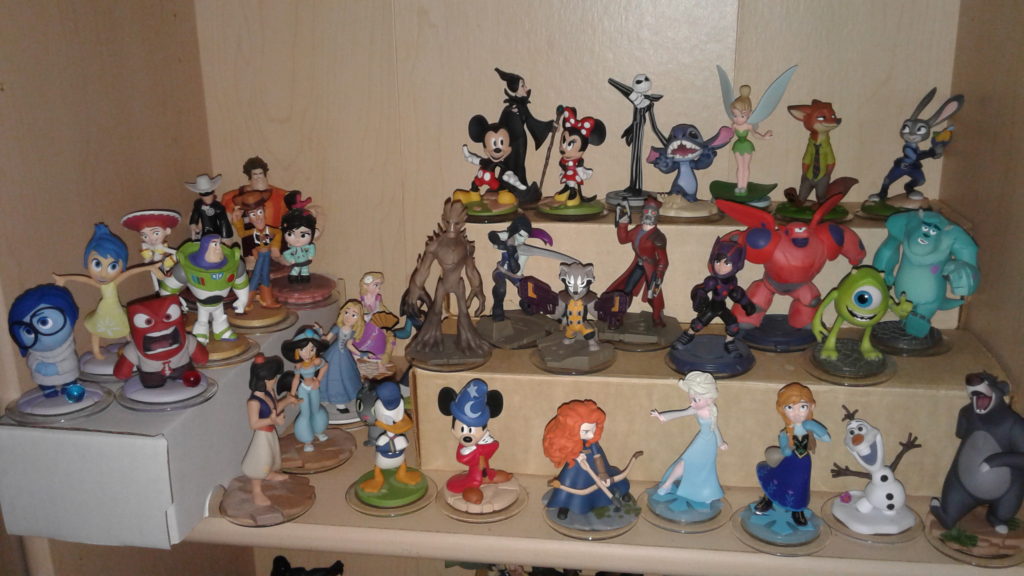 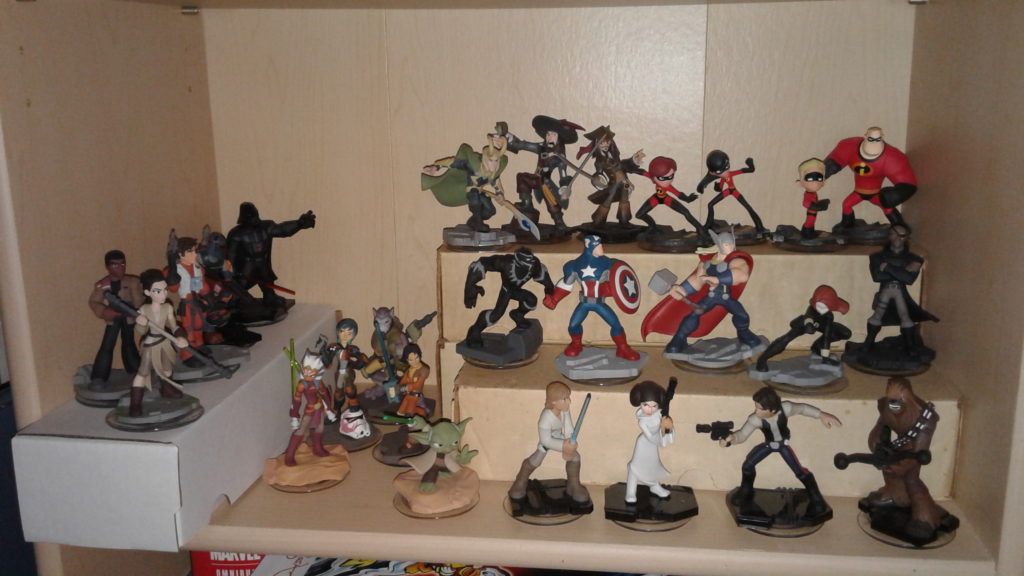 There are a handful of figures, mostly Marvel, I wouldn’t mind having, so I updated my Amazon wish list. But they can wait, and I’ll probably end up getting them for dirt cheap or living without. It’s done.

I suppose I should be glad; I was running out of space, and I’m not sure where the line could have gone next. But I can’t help but think about what could have been. Just from this fall and winter, we could have had Doctor Strange, Moana, and Rogue One-related figures. And so many classic characters they could have done – Muppets, ducks, more female heroes like Squirrel Girl and Ms. Marvel…

So, thanks to the creative staff behind Disney Infinity for a fun ride. I hope for the best for all of you. And if anyone knows of figures in this style done for other characters, please tell me. Right now.

(P.S. One figure in one of the above photos is…a ringer. It’s not a Disney Infinity figure. Can you guess which one?)