“Sunday” means “catchup”, at least around these parts, and I’ll start with a reminder: You can follow me on Twitter, where I’m @MonkeyQueenBks . I do a lot of retweeting there, punctuated with the occasional insight, plug or joke. More after the cut!

I probably should be saving this for the next “The Sound Abounds” installment, but I did want to mention that Sarah Shay, folk musician with some nerd music to her credit, has just released her new album, MayCovers. It’s a collection of cover songs (plus the wonderful original “Rigel’s Song”), with everything from They Might Be Giants to Cyndi Lauper/Prince to Cliff Richard. You can listen to and buy MayCovers on Bandcamp, and you should, if only for the brilliant lyric change Sarah added to “Punk Rock Girl” (which was NOT to make it “Punk Rock Boy”).
So, which one of these are you more excited over? This… 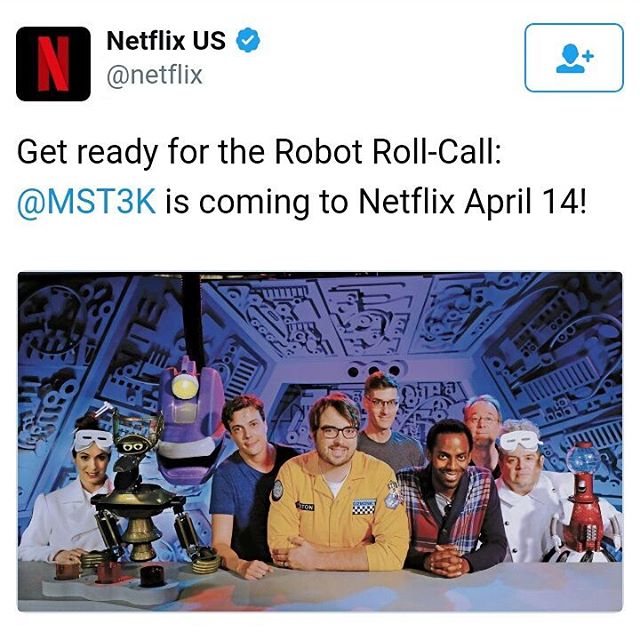 Or this?
I’ll pick the Doctor Who announcement. It’ll be a crazy weekend for some people,,,but since I backed the MST3K Kickstarter at the right level, I’ll be getting the entire season for download before it hits Netflix. [/humblebrag]
And finally: John Kovalic held a YouTube chat last week to promote the Kickstarter for Munchkin Shakespeare. At the 16:00 mark of the video below, the host (SJG’s Hunter Shelbourne) reads John a not-so-serious question sent in by a certain author with a nice hat… (Followed by a more serious question from the same source.)