Welcome to Willow Wednesdays! Featuring art by Willow, the cover artist for the Monkey Queen series, with her kind permission! Read on after the cut for more! END_OF_DOCUMENT_TOKEN_TO_BE_REPLACED

It’s time to take to the skies again! Skyblade’s Claim, the second book in the Skyblade Saga series, is out today! Head to Amazon now to get your copy! 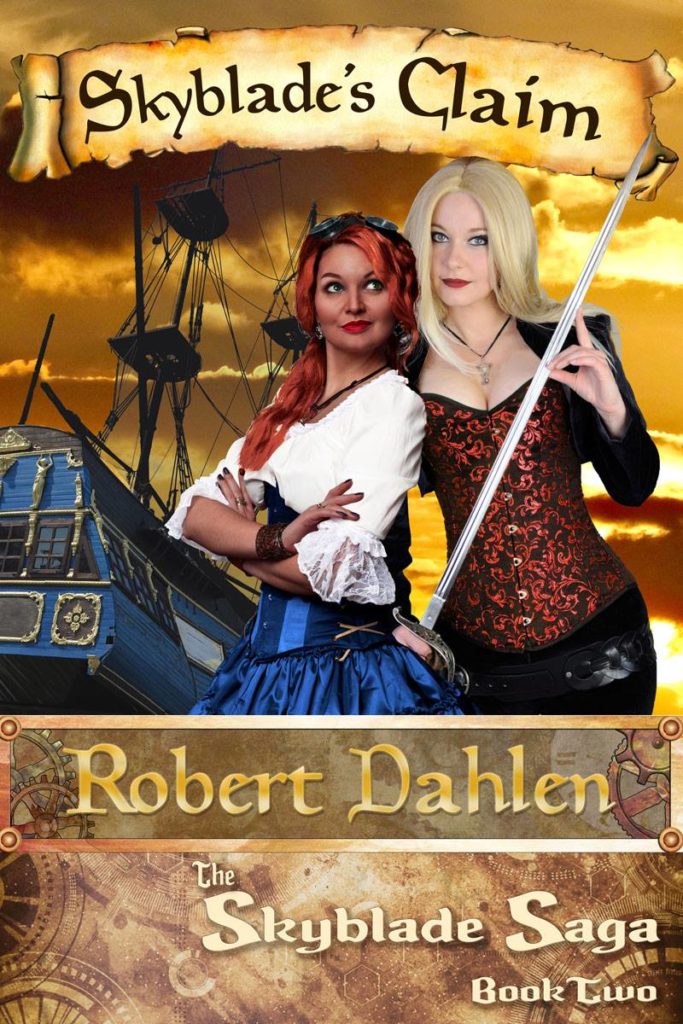 (As a part of the Plundered Chronicles Kindle Worlds setting, Skyblade’s Claim (and Skyblade’s Gambit, the first book in the series) is only available at Amazon.com. If you’re not able to get a copy there, let me know; there is a workaround to get one to you. Also, note that this book is not recommended for younger readers, due to language and (ahem) adult situations.)

After the cut: Read Chapter One in its entirety! (Spoilers ahoy for Skyblade’s Gambit!)

END_OF_DOCUMENT_TOKEN_TO_BE_REPLACED

Filed under announcements, sneak preview, where to buy

I must be only one in a million, I won’t let the blog pass without her

Sunday catchup, and if you missed it, scroll up or click back one post to learn more about Skyblade’s Claim, the new novella in the Skyblade Saga series – coming this Tuesday, June 27! There’ll be a preview with buying links up on Tuesday – but you’ll get to read the preview Monday evening if you sign up for my mailing list! Click here! (I promise that your address will never be sold or given away.)

More after the cut! END_OF_DOCUMENT_TOKEN_TO_BE_REPLACED

Take to the skies again! Skyblade’s Claim, the second novella in the Skyblade Saga, is coming to Amazon.com June 27!

Annabel Skyblade, notorious pirate captain, has a mystery on her hands: an enchanted piece of parchment she acquired while raiding a Svendaran airship. Victorie Brassfield, the Cerindel Navy’s top intelligence officer, found another one just like it in the pocket of a Svendaran agent.

Annabel and Victorie have a history. After coming together over a common goal, their unlikely friendship blossomed into a budding romance. But it’s been hard to maintain a relationship when their hearts take them in different directions – and put them on opposite sides.

Now they share a common quest once more. Can Annabel and Victorie uncover the mystery before them, through wild beer festivals, stately balls, and far-off-tropical islands, without letting their passion get in the way? Will this bring them closer together…or lead them to their bloody doom?

More after the cut!

END_OF_DOCUMENT_TOKEN_TO_BE_REPLACED

what you blog you have to borrow

Just a very short Sunday catchup post today, as I’m staring at the Dreaded Deadline Doom for Skyblade’s Claim. Check back later this week for more; once I get everything in place, I can announce the official publication date and post an exclusive extended preview. But until then…

Welcome to Willow Wednesdays! Featuring art by Willow, the cover artist for the Monkey Queen series, with her kind permission! Read on after the cut for more! END_OF_DOCUMENT_TOKEN_TO_BE_REPLACED

someone has to see a blog for him and me

Sunday catchup! Work is going mostly smoothly on Skyblade’s Claim, and I’m hoping to have a completed first draft by this time next week. I don’t want to commit to a release date yet, but feel free to mark your calendars for June 27. Just do it in pencil. More after the cut! END_OF_DOCUMENT_TOKEN_TO_BE_REPLACED