Sunday catchup, and I’ll start with this reminder I post from time to time: If you’ve enjoyed Copper Cove, or any of my other stories, would you be so kind as to leave a review somewhere? Reviews do help people decide if a book is for them, and increase its visibility. They’re one easy way to support any author whose work you enjoy, not just me. So, head over to Amazon, Goodreads, or your social media of choice and spread the word. Many thanks! More after the cut.

A quick reminder: The amazeballs Meri Amber is doing several live streaming shows weekly on Twitch. The exact number varies, but it’s usually at least three every week, and they’re always fun and music-filled. You can keep up with when she’ll be on by following her on Twitch, or on Facebook or Twitter.

The new Magic: The Gathering set Ixalan is out, and while it’s not as awesome as Kaladesh, it does provide the tools for someone to build a pirate deck for Commander. I still don’t have all the cards yet, but I’m off to a solid start. And I just had to include my all time favorite MtG character, Kari Zev, as she happens to be a pirate… 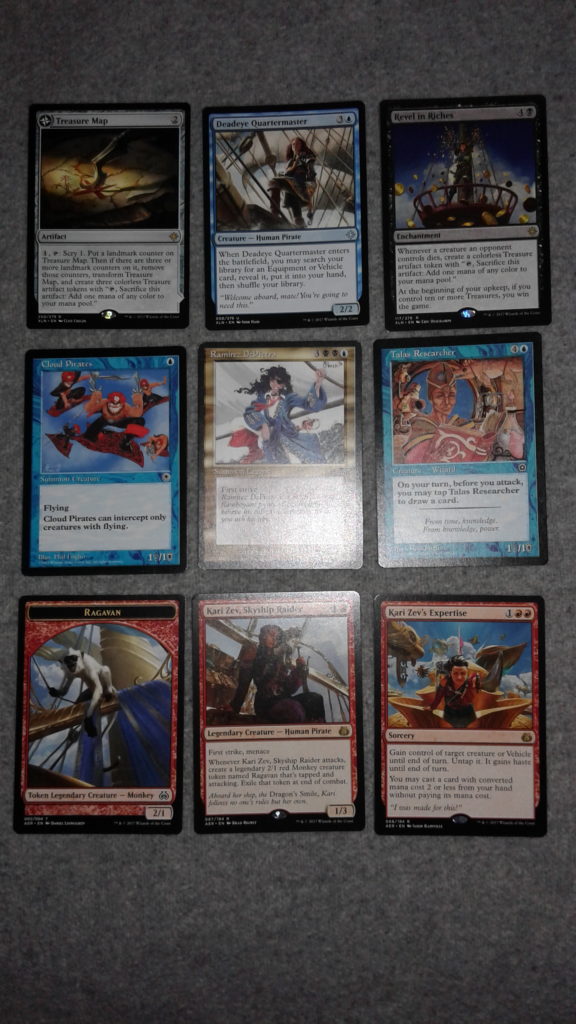 And footage of the final round of tea dueling from Gaslight Expo has been released! You’ll notice a familiar figure sitting next to Madame Askew during the pre-duel footage at the beginning, tea bag at the ready.