Time for a quick Sunday catchup! First: If you somehow missed the news, I had two releases earlier this month. The new edition of Skyblade’s Gambit is out, and is now available worldwide, on Amazon and elsewhere! (Search for the book title or my name at your favorite e-book retailer!) Take to the skies!

And the fourth Peavley Manor novelette, “The Rebellious Rooster (Or, Macalley Gets Cocky)”, is out! Alice’s plan to assist a friend backfires in hilarious ways! Get it on Amazon and other sites! 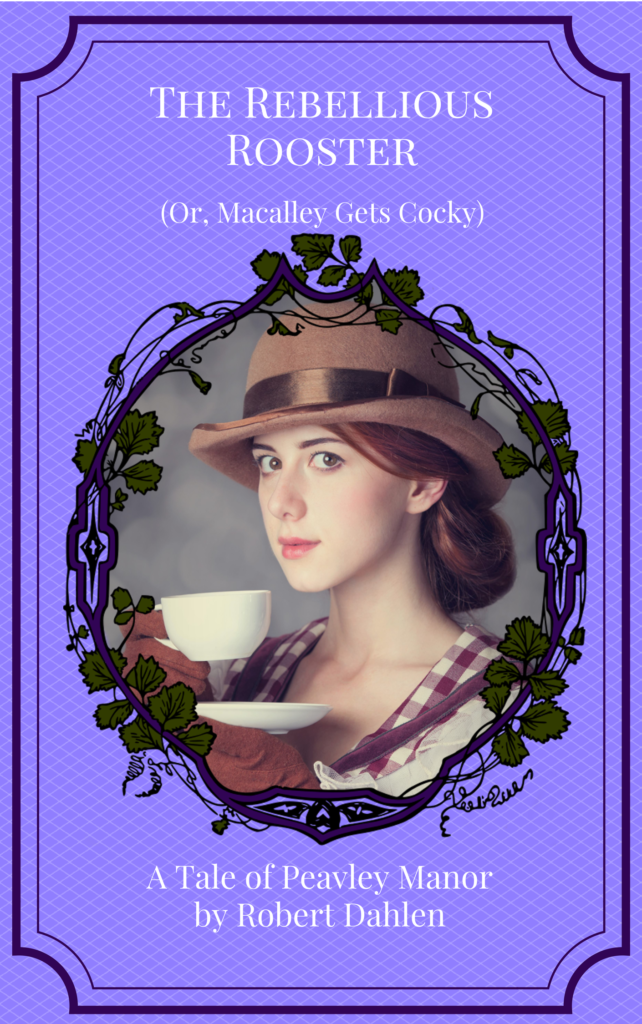 More after the cut…including a hint at what’s next! END_OF_DOCUMENT_TOKEN_TO_BE_REPLACED

You can read a sample of the new edition of Skyblade’s Gambit on Amazon, including an expanded scene with Annabel in action. After the cut, you can read an excerpt from a new scene, featuring Victorie on the job. Enjoy! END_OF_DOCUMENT_TOKEN_TO_BE_REPLACED

The Rebellious Rooster: Out Today!

It’s here! The new Peavley Manor novelette, “The Rebellious Rooster (Or, Macalley Gets Cocky)” is now available at Amazon and other ebook retailers! (Search “Rebellious Rooster” or my name to find it!)

When heiress Alice Peavley runs into her old friend Maia, the last thing she expects is the string of chaotic events that follows. There’s the loud and cranky chicken to contend with. And Reg, the playful but well-meaning pooka. Not to mention the impending moa race, and the characters it’s attracting. Can Alice, with the help of her trusty gnome valet Macalley, keep her wits and come out on top? Grab a scone, some snarkleberry jam, and a cup of tea, and find out!

And there’s an extended preview after the cut! Enjoy! END_OF_DOCUMENT_TOKEN_TO_BE_REPLACED