The Summer Sale continues! Get The Brigadoon Boondoggle for 99 cents US!

“Michiko.” She stopped and looked back at Puck. “Sometimes, you can’t have everything go your way,” he said. “Sometimes you have to make the best of a bad situation, make a bad choice.”

“Maybe so,” Michiko said, barely keeping her emotions in check. “But this isn’t a game. This isn’t something you can decide by flipping a coin. Maybe you see it differently, but all I see are refugees who are scared because they may lose their new home and a lonely girl who can’t even afford warm clothes. And I have to help them, all of them. It’s why I do this.” She turned and walked away.

“Good luck with that,” Puck said to himself as he stood up. A moment later, he added, “Then again…if there’s anyone who can do it, it’s you.”

The countdown is on! Get the second Monkey Queen book, The Brigadoon Boondoggle, for just 99 cents at Amazon.com! This sale will run for exactly one week and will end at 11:59 PM PST on July 22. It’s limited to Amazon.com, but by the end of the day we’ll have a sale going in all the Amazon stores. Don’t forget to look for this awesome cover by Willow! 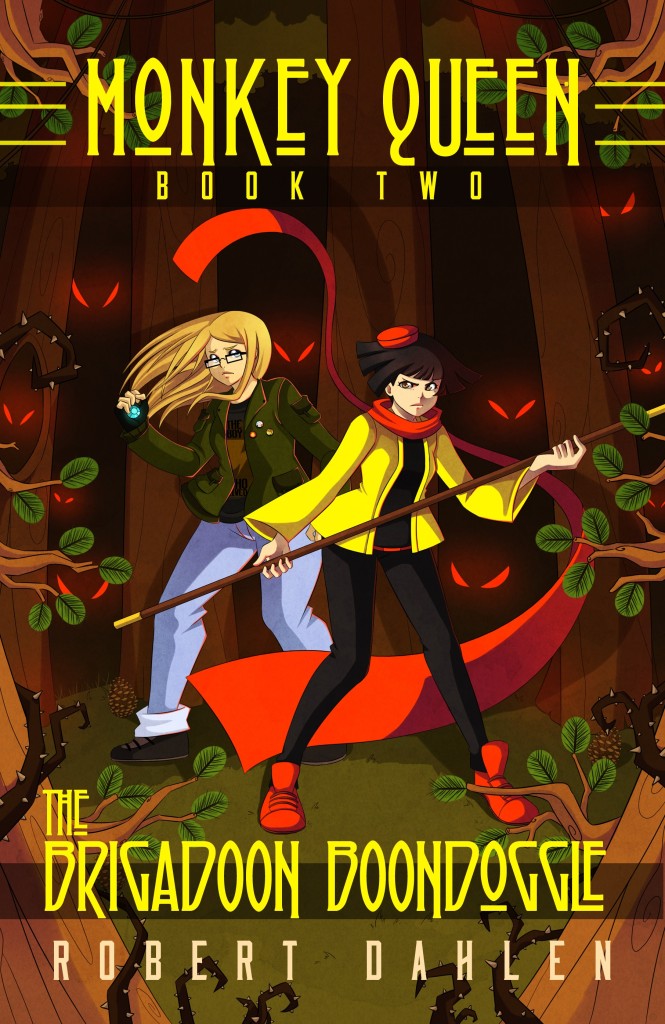 Michiko, the hero known as the Monkey Queen, and geek girl Beth McGill thought it would be easy. They’ve become good friends since they started working together to save the world, why not become roommates? Of course, that was before the kitchen fire. And the broken bedroom door. Not to mention the cranky guinea pig.

But they have bigger problems ahead. A shady real estate deal has left two new groups of Emigres arguing over a meadow. Other Emigres are vanishing without a trace. And enemies old and new lurk in the woods, in the shadows, even in dreams.

Can Michiko and Beth stop the darkness that lies ahead…or will they be the next victims?