to Infinity 3.0 and beyond!

Don’t forget that the Summer Sale continues! The second Monkey Queen book, The Brigadoon Boondoggle, is on sale at Amazon.com for just 99 cents! This sale will end at 11:59 PM PST on July 22. It’s for Amazon.com only, but stay tuned for a special sale for non-US fans July 31-August 2!

After the cut: Hello, my name is Robert, and I’m a Disney Infinity addict.

Blame Princess Merida. Brave was a pretty good movie, and I had a gift card that was about to expire, and the figure was darn near perfect, so I sprung. And then I needed Stitch. And Mickey as the Sorcerer’s Apprentice. And…well, see for yourself. 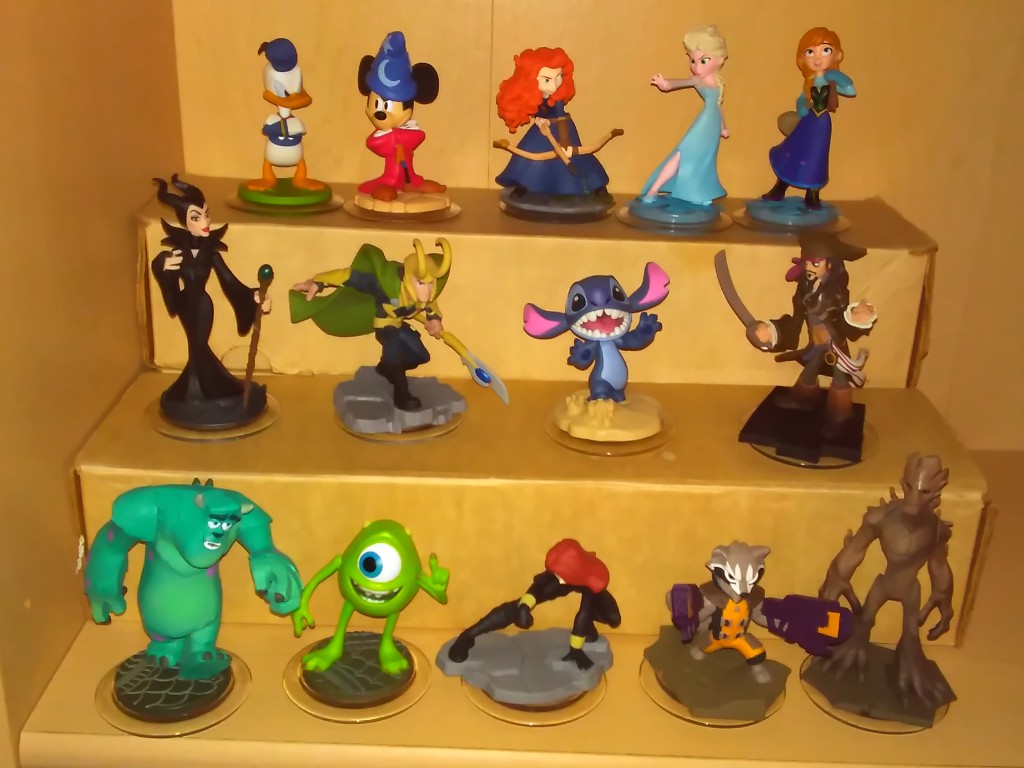 I’ve never played the video game, but I’ve always been a sucker for toys, and the figures are awesome. They look great on my shelf, and they make great props for blog photos (as you may have noticed). And I’m keeping the code cards, since you never know.

Disney used the San Diego Comic Con last week to start the launch of Disney Infinity 3.0. It looks like the Star Wars universe will be the main focus of 3.0, much like the Marvel Universe was for 2.0, and most of what they showed off was Star Wars related. Look at this photo I “borrowed” from the Bleeding Cool website, and if you’re like me, you’re throwing money at your computer screen and yelling, “They must be mine!”

Most of what I want from 3.0 so far is the original Star Wars trilogy stuff. The Han and Chewie figures look especially sweet, and even with that silly hair, the Leia is badass. And the Yoda looks great; I could live without the prequels as a rule, but he was my favorite character in those, so I want him on my shelf too.

As for the rest: Who can resist Minnie? I’m a bit disappointed with the Mulan being in a princessy outfit instead of a warrior’s, but I’ll still grab it. And while the stuff from Tron and Inside Out doesn’t do much for me, I’m sure there’ll be more coming soon, so Disney’s going to keep siphoning cash from my wallet for a while yet. If you want to see more, this article at Game Informer has got some nifty photos.

And a blatant plug: If you like this blog or want to help support a slightly crazy writer and his books, head over to this convenient Amazon Wish List. Do it soon. Violet’s getting harder to find, after all…