Happy Sunday! Hope all of you are keeping cool where it’s hot, warn where it’s cold and dry where it’s rainy. It’s been hot here, and my apartment is quite muggy; I’m tempted to call it “Dagobah,” as it feels like I’m walking in a swamp every time I head to the kitchen… More after the cut.

The first round of edits on The Crown Of Kylthena have begun! So far, I’ve done a bunch of rewording, and found one major plot hold that needs to be patched, even though I’ll have to rewrite a scene I’ve become fond of. Such is writing. I still can’t set a publication date, and that’s in part because Willow’s wrist tendinitis is taking a while to heal. When one is set…you’ll be among the first to know.

I’m trying to fill in the immediate holes in my Disney Infinity collection before the figures go away. I’m noticing that a lot of the 3.0 figures, especially those that aren’t Star Wars related, are jumping in price. (Judy Hopps is now over $20 in Amazon, and Black Panther is just under $20, which is absurd when you can still get them for list price at box stores.) And I’m not a big fan of the new Alice in Wonderland movies, but the Alice figure is actually nice (and we’ll never get a “Classic Alice” now), so I may bite.

Hey, there’s another great ebook promo this weekend, and today’s the last (official) day! You can get over 100 sci-fi, fantasy, horror, dystopian and urban fantasy ebooks…for free! And not just from Amazon, but also Kobo, iBooks and more! 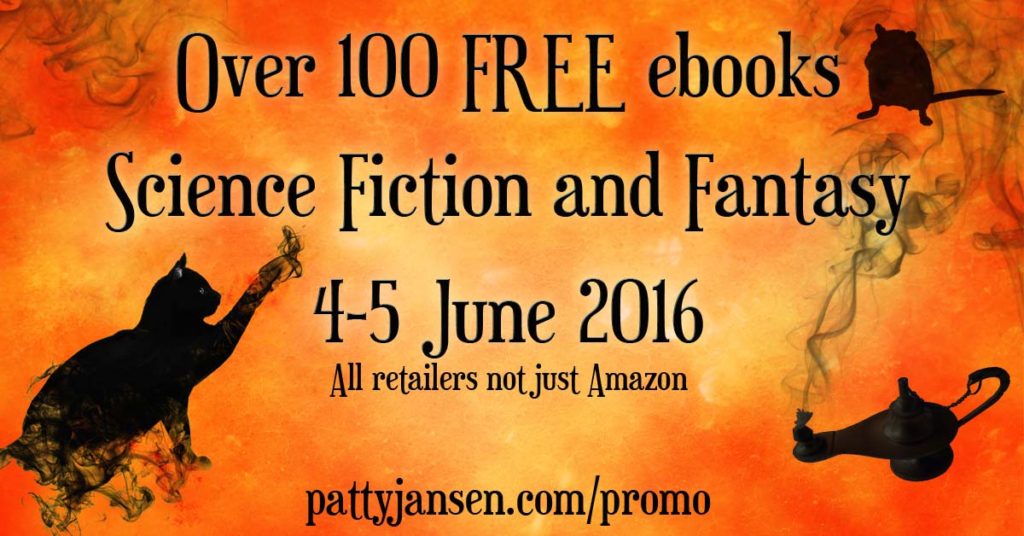 Tagged as Disney Infinity, The Crown Of Kylthena, The Monkees