Sunday catchup! I’m back from Gaslight Expo 2017, rested and revved up for further writing and steampunk adventures! (Sorry about missing last week. The tea dueling started at a rather early hour on Sunday.) There’ll be a quick wrap up, and other things, after the cut, but this announcement first for those who might have missed it on social media:

Coming later this fall – the new Peavley Manor novelette, “The Missing Mallard (Or Duck, Macalley! Duck!)” The feathers will fly when Alice and Macalley get mixed up in a crazy yet sinister scheme! Stay tuned for more!

This one slipped past me last week, as I was busy facing down the Caffeinatti (remember: “Leaves, not beans!”), but the paperback edition of Copper Cove is now available on Amazon and Barnes & Noble! If you’re interested in getting an autographed copy, use the contact form or send me a message on Facebook or Twitter. The paperback looks nice, and has an introduction by the awesome Shei Darksbane! (Do be advised, though, that this edition is missing text on the spine. I’ll be trying to make a version with spine text available in the near future.)

Gaslight Expo was a blast. The costumes were gorgeous, the venue was pleasant, the staff was on point all the way, and the company was splendid. I enjoyed the teapot racing, the tea dueling, catching up with old friends and making new ones. I’ve posted a photo album on Facebook, but I’ll run a few photos here. First, a sampling of the madness at Gaslight Expo. 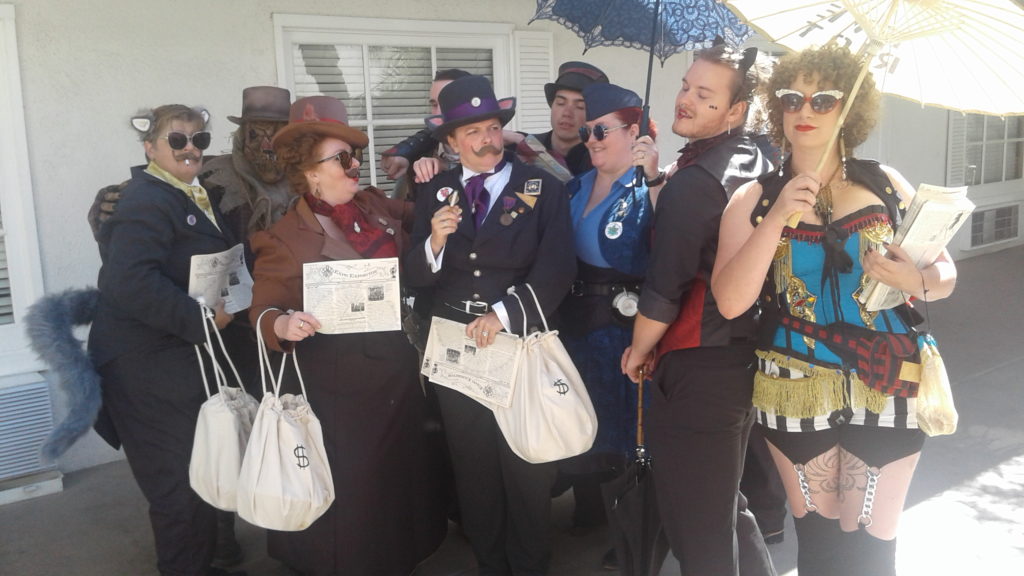 Steampunk Godzilla needed to be watched at all times… 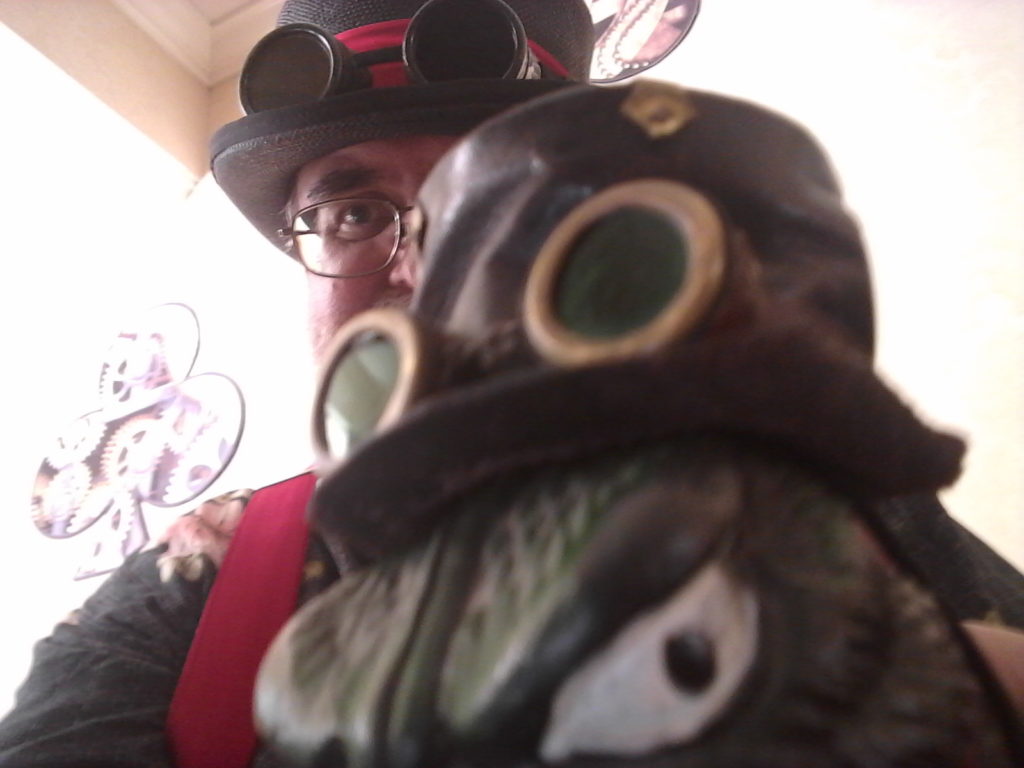 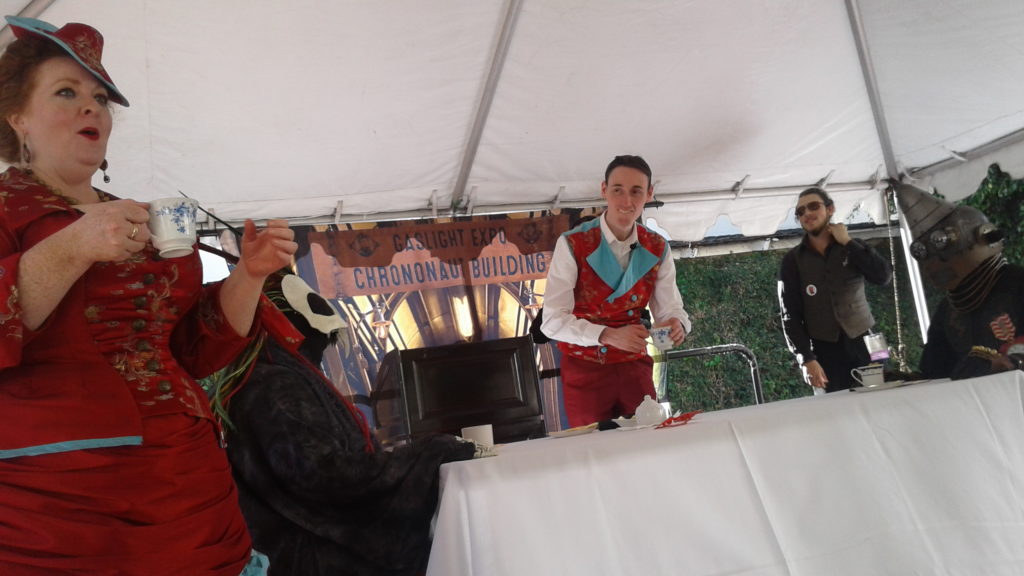 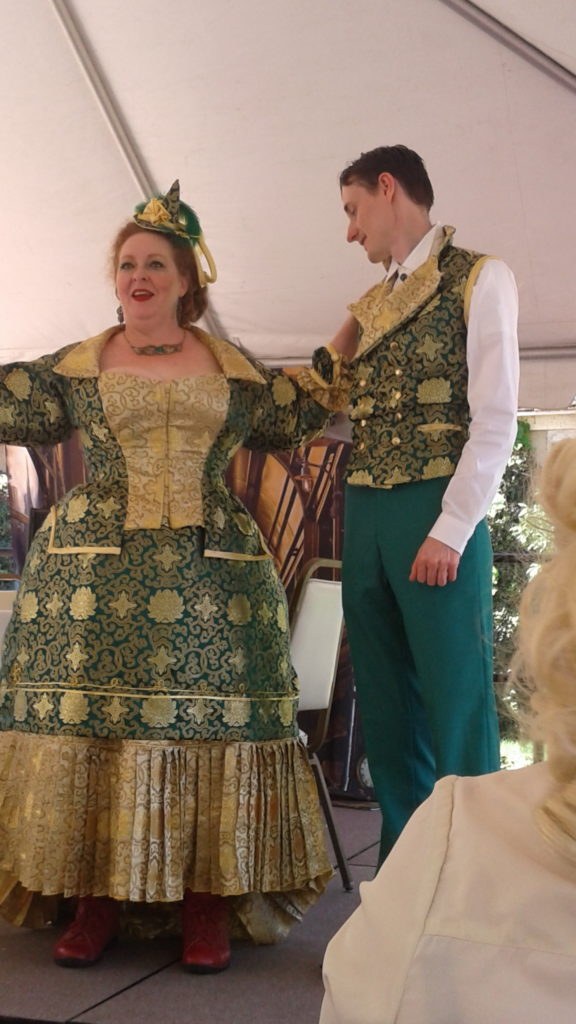 Meanwhile, I may have been my usual self at parties… 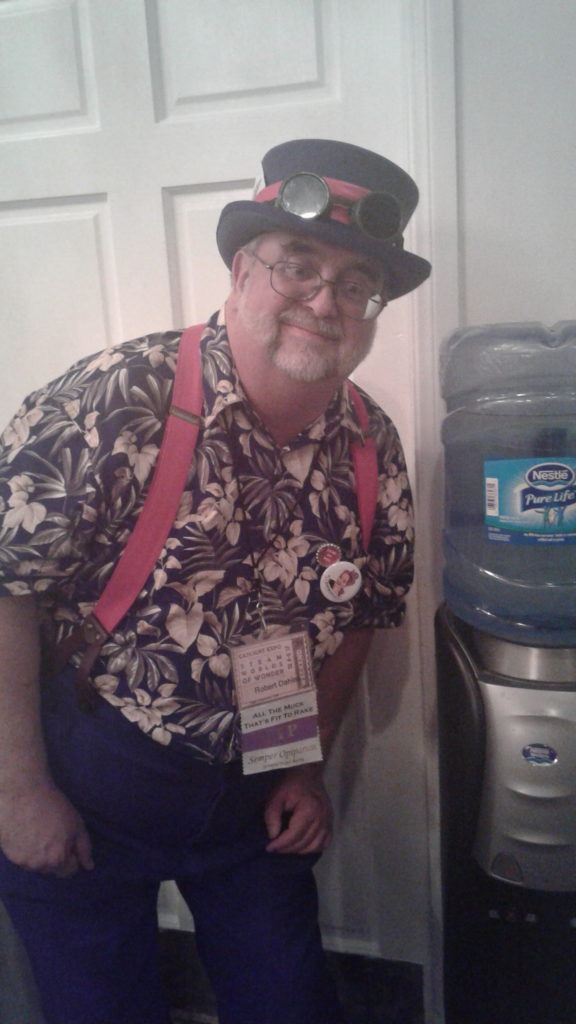 But I still made new friends at Saturday tea. Thank you to all the hardworking people who made Gaslight Expo such a pleasure! 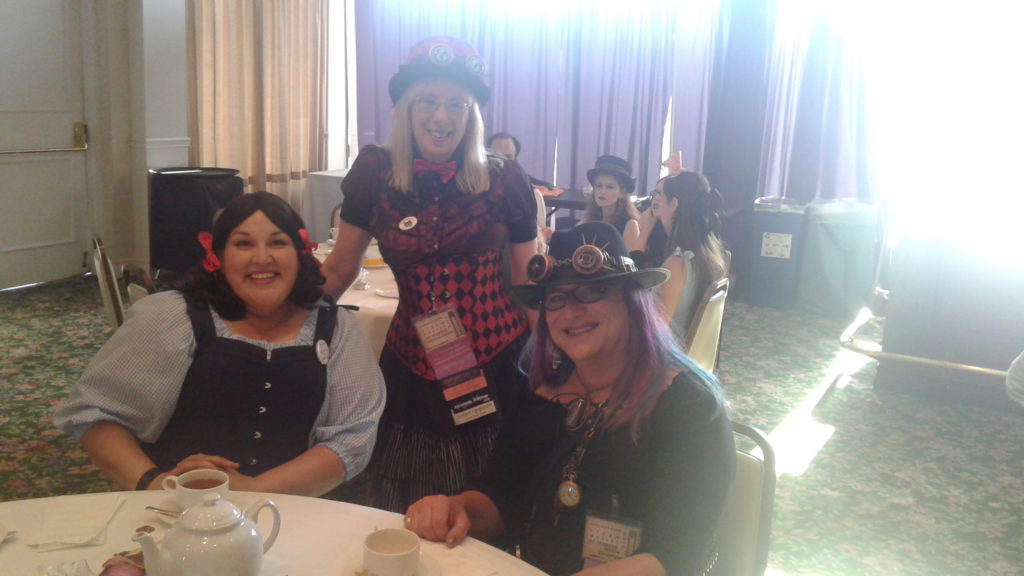 And finally: I can’t say for certain if I’ll be attending, but I’m looking into going to the Wild Wild West steampunk convention in Tucson March 2-4. Madame Askew and the Temporal Entourage will be there, along with many other cosplayers and steampunks, and (gasp!) Professor Elemental! Egad! Fire up the airship and get the kettle on!